A revolution in contemporary design.

Charlotte Perriand, French architect and designer, was a real revolution in our sector and one of the most relevant women of the 20th century. She was a reference in furniture design and a pioneer of contemporary design. Charlotte stood out in a field which at that time was represented (almost entirely) by men.

Breaking with the established

At a time when furniture design was marked by the strict canons of the Central Union of Decorative Arts, where Charlotte Perriand studied for 5 years. She soon discovered that her vocation as a designer would depend on her own vision, which was far removed from the prevailing Beaux-Arts aesthetic of the time. Perriand had it very clear, society and therefore aesthetics, both in the home and in furniture, were moving in a different direction to that which reigned at that time in the design of France in the early 20s.

The first advances in industry, modernity, and even the bicycles in the streets of Paris would be his motivation when designing. Domestic objects with an autonomous artistic character gave way to emphasize the functionality and relevance within the interior space.

This was the project that made her known. A project in which chromed steel and aluminium were gaining prominence inside an everyday scene. Critics fell at her feet. Charlotte was only 24 years old and she was already revolutionized the concept of interior architecture.

Beginnings of modular spaces and furniture

Perriand ‘s audacity led her to join the team of Pierre Jeanneret and Le Corbusier, where she would be in charge of everything related to the habitat.  This collaboration includes the creation of three of her famous armchairs, made of chrome-plated steel.

Years later, and as a result of the competition of the magazine Architecte d’aujourd’hui, several projects are presented around the idea of reflecting on “a weekend house” in which the concept of modularity start hearing. Charlotte Perriand ‘s project incorporated sliding walls, a combination of materials such as wood, metal and juxtaposed cells that could vary in number, according to needs and budgets. 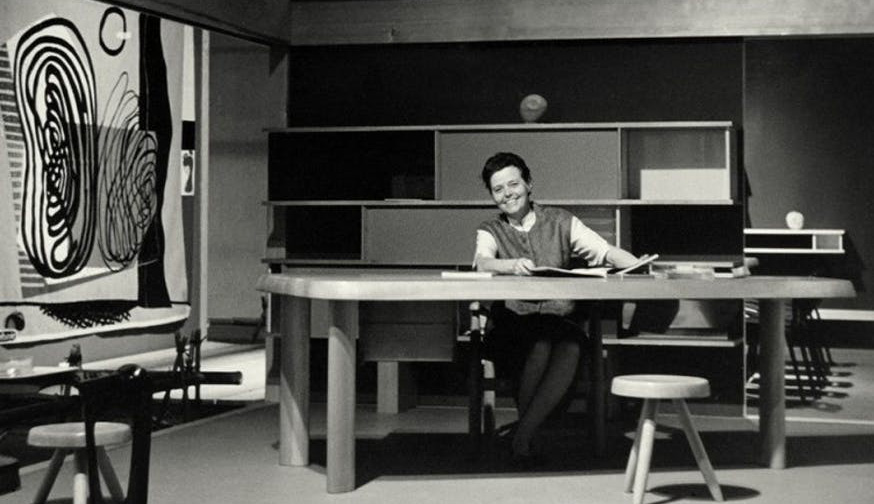 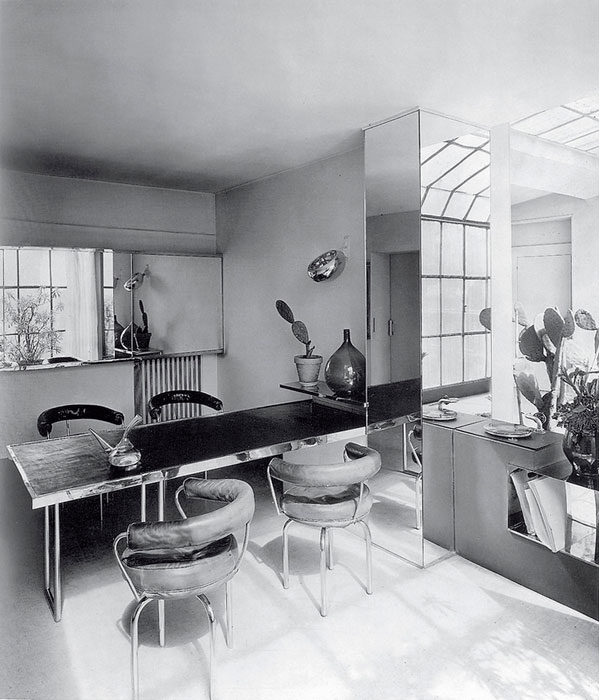 This project not only received the second mention, but it would be the starting point for a collection of projects that would continue in that line of modularity.

Trends, situations, even families change, so why not change the home accordingly? Both, modular spaces and furniture were born.  Charlotte Perriand showed us a path free of constraints in both furniture and interior design. An infinite game of possibilities that has remained valid until today.